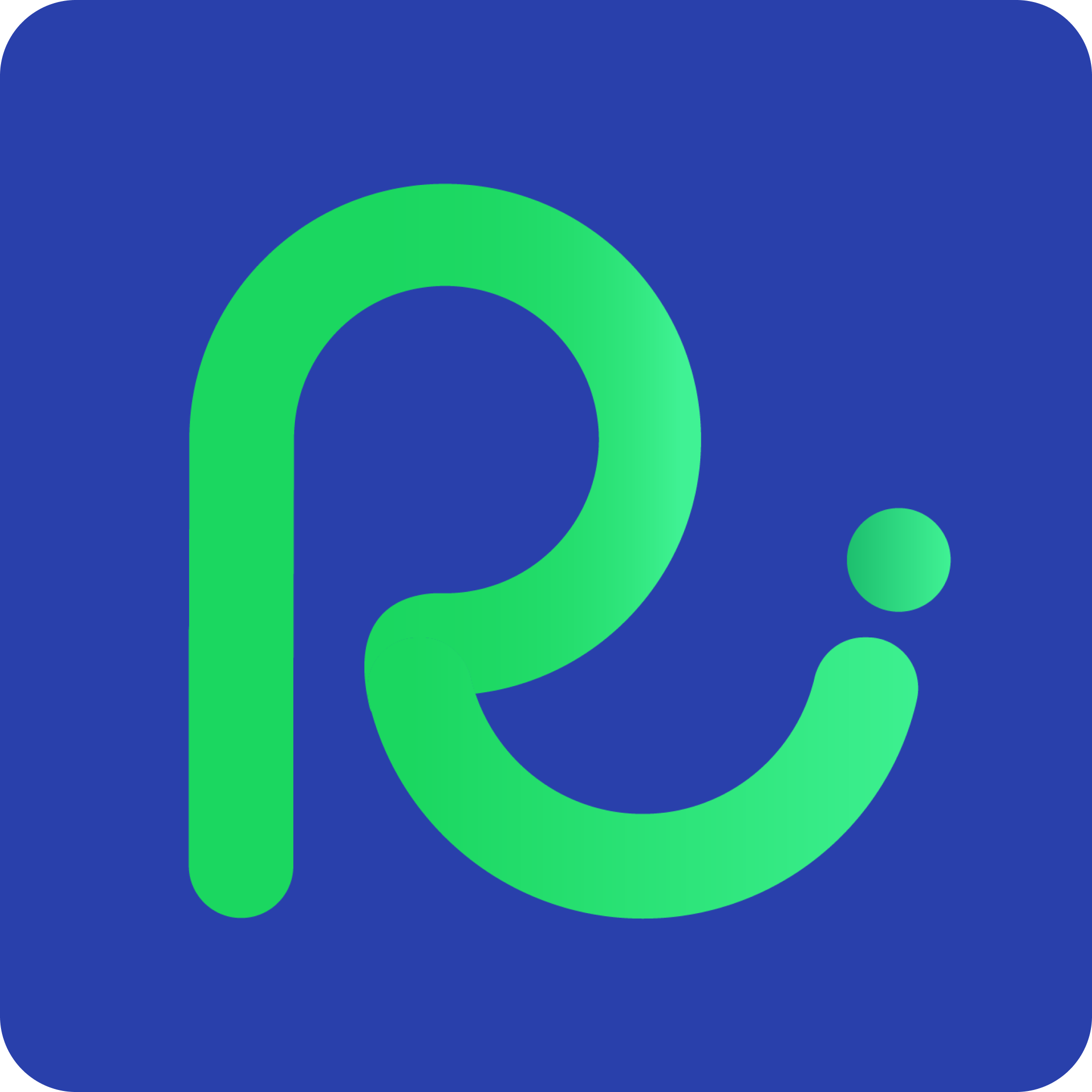 Opening Range Breakout: A Powerful Day Trading Strategy
Systematic Trading vs. Algorithmic Trading
The Market of Experts, Noise, Contradictions, and Finding Sanity
The foundational book on Systematic Trading
Warren Buffet is WRONG about Index Funds?
Price Action Trading
Benjamin Graham and the Science of Value Investing
How to SHORT the market by going LONG?
Researchfin.ai Product Tutorial
What is Relative Strength and how to use it to generate trade ideas?
For new traders, trading seems like rocket science! It shouldn’t be!
Is there always a bull market somewhere?

A lot has been written about the importance of Trading Psychology. It has gained further prominence recently in the bearish regime of the US stock market and the Crypto market. It has been said that trading is 80% psychology and only 20% strategy/skill.

The financial markets stock market is a volatile and unpredictable place. To be successful, traders need to have a deep understanding of the market and the ability to make quick, informed decisions. However, even the most knowledgeable trader can sometimes make poor decisions that lead to losses if they use emotional overrides. This is where trading psychology comes in.

When it comes to trading, emotions can be a powerful force. Fear and greed are two of the most common emotions that traders feel, and they can have a major impact on decision-making. Fear can lead to missed opportunities or hasty decisions, while greed can cause traders to take on too much risk. Also, these emotions play a counterintuitive way in trading. For example, when people enter into a trade and it goes against them, that's when they should actually be fearful and cut the losses, but that's where greed kicks in and prevents them from cutting their losses early or using stop loss with the hope that they would recover the losses when the market recovers. This can result in bigger losses. Alternatively, when a trade works in their favor and the time comes to be greedy enough to let their winners run, that's where fear kicks in and forces people to exit the trade early for a small profit and lose out on bigger gains.

This is where there are very many great books written on Trading Psychology, right from the classics like Trading in the Zone by Mark Douglas to the more recent ones like Jared Tendler's The Mental Game of Trading, Mark Minervini's Mindset Secrets for Winning, Steve Burns' The Complete Guide to Trading Psychology, Tom Hougaard's Best Loser Wins, and many others.

These books definitely provide a good insight into the Trading Psychology. However, for a lasting cure, we need to dig deeper into being human becomes the biggest deterrent to successful trading.

Since prehistoric times the evolution of human beings has been one of survival against the odds of nature. The amygdala is a small, almond-shaped structure located deep within the brain. Although tiny, this region plays a vital role in our emotional lives. Among other things, the amygdala is responsible for processing fear and other negative emotions. When we encounter something threatening our safety, the amygdala sounds the alarm, triggering the fight-or-flight response. This response is designed to protect us from harm by preparing us to either stay and face the danger or flee to safety. The amygdala is also involved in forming memories of emotionally charged events. This explains why we often remember traumatic experiences more vividly than positive ones. Together, these functions make the amygdala an essential part of our survival mechanism. But this amygdala is also responsible for us to expect danger in events of uncertainty and unknowns. For example, we become fearful of the same places in the dark that we would typically enjoy during the daytime because darkness creates uncertainty and unknowns around us while daylight vision removes them - different emotions evoked at the same location by different contexts. This is why human brains seek certainty and can't usually process decision-making in probabilities.

How this translates into trading is that our amygdala triggers a flight response when something is in green and profitable, and this prevents us from letting our profits run as it draws on the "everything to lose" emotional response leading to what is known in the psychology world as the "framing bias." The amygdala also triggers a fight response when the markets are down and losses are piling, which prevents us from cutting losses early. This is due to the "nothing to lose" emotional response, which in the psychology world is called the "sunk cost fallacy." These are natural instincts.

So the solution here is not to tell traders to control their emotions - that is like asking them to swim against the water current. Some will make it, but most will get exhausted and give up. To be successful, we need to understand where the emotions originate from and devise ways not to fight or suppress them but to change the context around them so that they don't evoke the same emotional response. And we know that the source of the problem is uncertainty and unknowns.

Most discretionary traders teach others by talking about their setups that work, say 30-50% of the time. But when they work, they generate big rewards, vs. when they don't, they use stop losses to limit the downside. This creates a high reward:risk ratio leading to a positive expectancy system. But then, most of the time, they would share results about the past trades that worked for them. Now all these make sense to the new traders. They have studied the same charts, and the setups there make sense. This creates what is called in the psychology world the "availability bias." Traders have only trained themselves with the positive scenarios - the ones that worked in the past. They have ignored the other piece of information that 50-70% of the time, these setups may not work, leading to what is known in the psychology world as the "confirmation bias." as the traders subconsciously expect the setups to work all the time.

Now enter the real world of trading where say, where when the new trader tries the setups, they fail to work 4-5 times consecutively. What do you think the natural reaction is - "It is still within the probability limits" - definitely not! The common reaction is that "I have been duped! These setups don't work. Let's move on to something else." - why because we can't think in probabilities, we think in certainties.

Let's also take the reverse example. What if, instead, the setup works for the user the first 4-5 times consecutively? Do you think that most traders will stay calm and say, "just because it has worked 5 times, there is the probability that the next 5 times it may not work?" - definitely not! Because at this point, the "overconfidence bias" will kick in and will propel the traders to take bigger risks in the next few trades. Even when the trades don't work, they will try harder to make things work - the result? Giving up all the gains and converting their profits into big losses!

This is why discretionary trading is just so hard. And even if two traders are trading the exact same setups, discretionarily, they will end up with very different outcomes just because of their psychological dispositions. This is why the master traders continue to make profits while most of their followers fail.

The only solution to successful trading thereby is Systematic Trading. Here there is a well-defined set of rules for identifying setups and deciding on entries and exits. These have been backtested, simulation tested and forward tested to know when and how they work. This removes the uncertainties and unknowns for the trader. This, of course, doesn't make the market predictable, but it provides a systematic way for the trader to anticipate the unpredictability of the market, wait for a confirmation of the market behavior, and react fast with appropriate actions. Now, all that the traders have to do is just follow the rules of their system that they have hypothesized, tested, and understood the behavior of. This is like looking at the same location in daylight instead of darkness. It changes the context and evokes very different emotional reactions. Besides, as human beings, we are good when we trust the rules we need to follow. Systematic Trading builds that trust automatically.

This makes Systematic Trading like mindful meditation in the chaotic world of trading!

Researchfin.ai makes it extremely easy for anyone to learn, research, test, and deploy trading systems powered by AI and Machine Learning, irrespective of their trading and coding experience. We will be launching our no-code Trading Systems platform soon for everyone.

If you want to learn the fundamentals of systematic trading, this foundational book by Ruban Phukan, our co-founder and CEO, is a great starting point. It has been a #1 bestseller on Amazon with 5-star reviews!

Opening Range Breakout: A Powerful Day Trading Strategy
Systematic Trading vs. Algorithmic Trading
The Market of Experts, Noise, Contradictions, and Finding Sanity
The foundational book on Systematic Trading
Warren Buffet is WRONG about Index Funds?
Price Action Trading
Benjamin Graham and the Science of Value Investing
How to SHORT the market by going LONG?
Researchfin.ai Product Tutorial
What is Relative Strength and how to use it to generate trade ideas?
For new traders, trading seems like rocket science! It shouldn’t be!
Is there always a bull market somewhere?